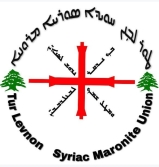 Our association Tur Levnon is based in Zalka, in the northern suburb of Beirut. It was founded in 1999 but registered much later in 2005 under the name “Knushto d’Marduto Suryoyto”. In 2017, it merged with other groups and associations into a Syriac Maronite Union under the name TUR LEVNON.
While several religious and secular organizations in Lebanon provide the teaching of Syriac, the candidates for learning remain very few.The Union’s aim is therefore to reach people and potential students and show them why it is necessary to learn Syriac. Syriac is the language and hens, the identity of the Christians of the Levant and Mesopotamia (from Lebanon, to Northern Syria, Southern Turkey and Northern Iraq). This region was a Syriac land before the creation of these modern states. Today Lebanon contains the largest concentration of Christians in the Middle East. Unfortunately, due to political reasons, Syriac language,culture and  history are erased and untaught in schools (even inChristian schools). The Syriac Maronite Union takes therefore action on two levels:
Society and Authority.

Concerning society:
– Teaching history and language in the Christian society.
– Spreading awareness through mass media and social media.
Concerning civil authorities:
– Inviting MP and government ministers and representatives to all our events to make them continuously involved in our struggle for the revival of our Syriac language and culture.
Concerning ecclesiastical authorities:
– Encouraging them in reintroducing Syriac in the Maronite churches and mass.
– Showing them the importance of Syriac not only for our identity
but also concerning our faith and spirituality.
– Using Syriac to reunite Maronites of Lebanon with the Diaspora, but also to reunite all Christian branches in a common culture and on an ecumenical level.

PROJECT AND MISSION
The Union’s main action can be summarized in four points:
1- To encourage our Syriac Maronite Church to introduce more Syriac in the Maronite mass as it was the case up to the 60’s.
2- To offer our help and support to all Christian schools that will reintroduce Syriac language teaching in their programs.
3- To cooperate with Christian political parties and municipalities to introduce the use of Syriac on public buildings and signs.
4- To lobby with Christian political parties for the recognition of Syriac by the Lebanese government as a National language.

ACTIVITIES
The Union’s activities take place on several levels and different field. Next to numerous meetings we always have with Lebanese youth, students and Syriac organizations from Diaspora, here is an idea of our accomplishments up to this date:

SOCIAL MEDIA
We post on “Maronites” page for 19 000 followers. Our posts are about the Church, Lebanon and Syriac language. Languages used in this page: Syriac, English, French.
We have a facebook page under the name TUR LEVNON. And TUR LEVNON is also on Twitter.

2017, May 20 : First Syriac Maronite Congress in New York :Launching of Tur Levnon in the presence of Maronite bishop of America Gregory Mansour.
2017: May 11: Visit to Patriarch Cardinal Mar Bechara Petros Rai in Bkerké, to announce the creation of Tur Levnon and the New York Congress.
2016, August: Letter to Pope Francis for the revival of Syriac language in Lebanon.
2002, August: Letter to Pope Benedict XVI for the revival ofSyriac language in Lebanon. Also published in L’Orient-Le Jour in August 2012

TEACHING ACTIVITIES
Since 2004, we participate in the teaching of Syriac language at theAssociation of “ Friends of the Syriac language”, Bauchrié, Beirut.
Today our groups are teaching in many areas in Lebanon, like Enphé (By Samer Semrani) and in the Metn (Ain-Aar Church).
Since 2013, Daniel Asade (Ph. D. in SYRIAC PHARMACOPEIA at the University of Buenos Aires) is assisting Prof. dr. Pablo Ubierna forthe Syriac Culture Seminar.

2018: May 16: Télé Lumière. Received by Ralph Tawitian to talk about the Lebanese University conference on May 18. https://youtu.be/wJuq-Xe6tLo

2017, June 23 : Article in Annahar, by Roula Mouawad :about Tur Levnon, its launching in New York, and the Recital in Saint-Maron.